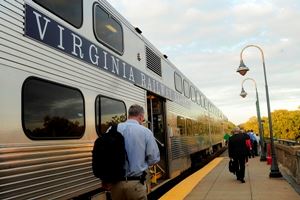 A charming small, historic city with an enviable quality of life, Fredericksburg is surprisingly accessible to major markets in the Mid-Atlantic. The city is part of the Washington Metropolitan Area, one of the nation’s most vibrant, stable markets.

Although Fredericksburg’s population numbers are only approximately 29,000 it is the hub of a region with 300,000-plus residents. Some businesses locate here to serve the region. Others settle here because of the city’s enviable quality of life, yet accessibility to major markets on the East Coast, including Washington, Baltimore, Richmond and Hampton Roads.

There are three military bases in the region - Marine Corps Base Quantico, Fort. A. P. Hill and the Naval Support Facility Dahlgren. Numerous high tech firms serve these bases, as well as many agencies of the federal and state government from their offices in Fredericksburg.