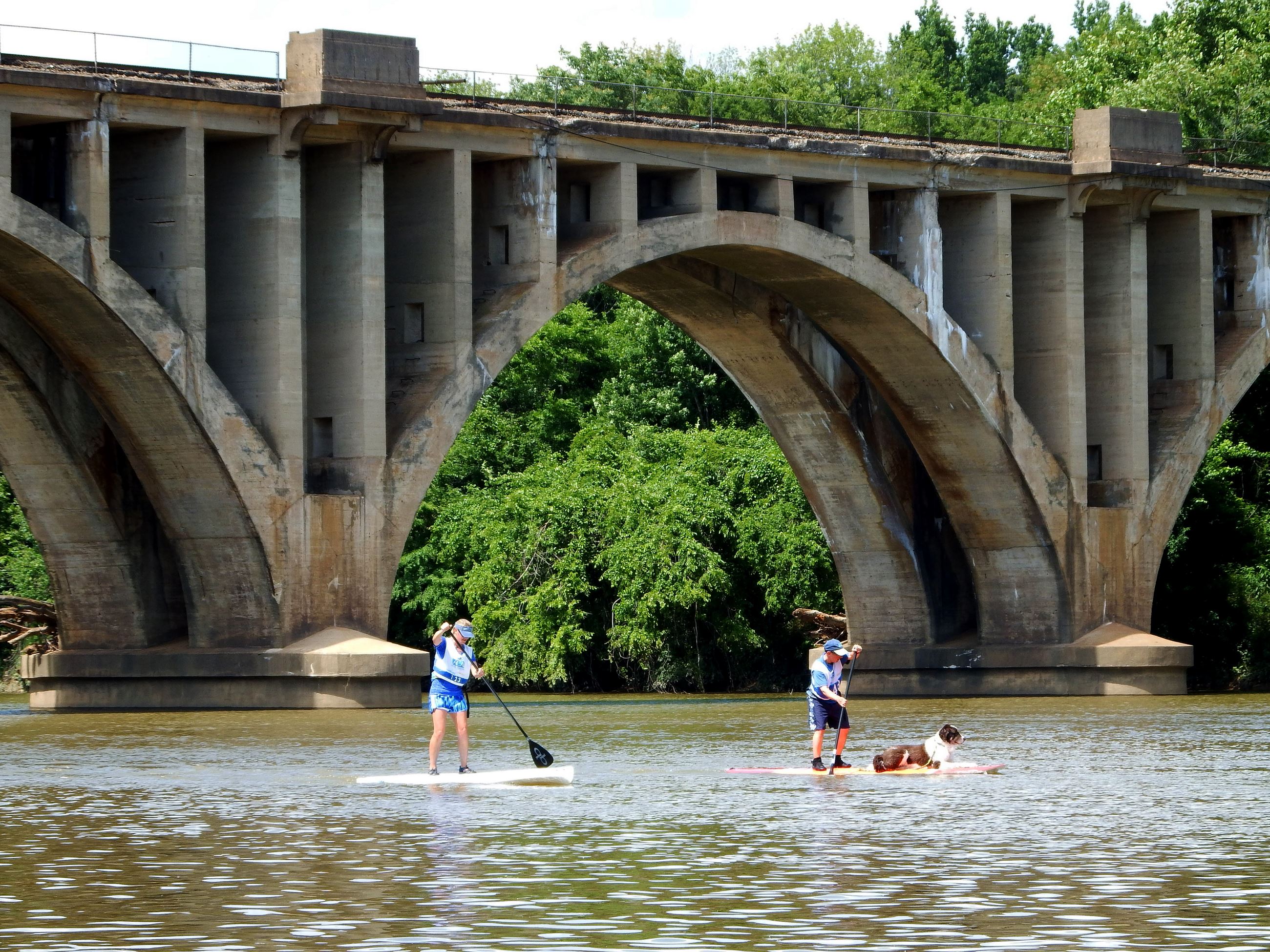 The Rappahannock River provides the northern boundary for the city, running along much of its historic downtown. The river played a dominate role in Fredericksburg’s history and remains one of the community’s biggest assets. It is the county’s longest free flowing river in the eastern United States, originating in the Shenandoah National Park of western Virginia and extending east 184 miles to the Chesapeake Bay.

The Potomac River forms part of the borders between Washington, D.C., and Virginia on the left descending bank and Maryland and Virginia on the river's right descending bank. The majority of the lower Potomac River is part of the State of Maryland. Exceptions include a small tidal portion within the District of Columbia, and the border with Virginia being delineated from "point to point" (thus various bays and shoreline indentations lie in Virginia).